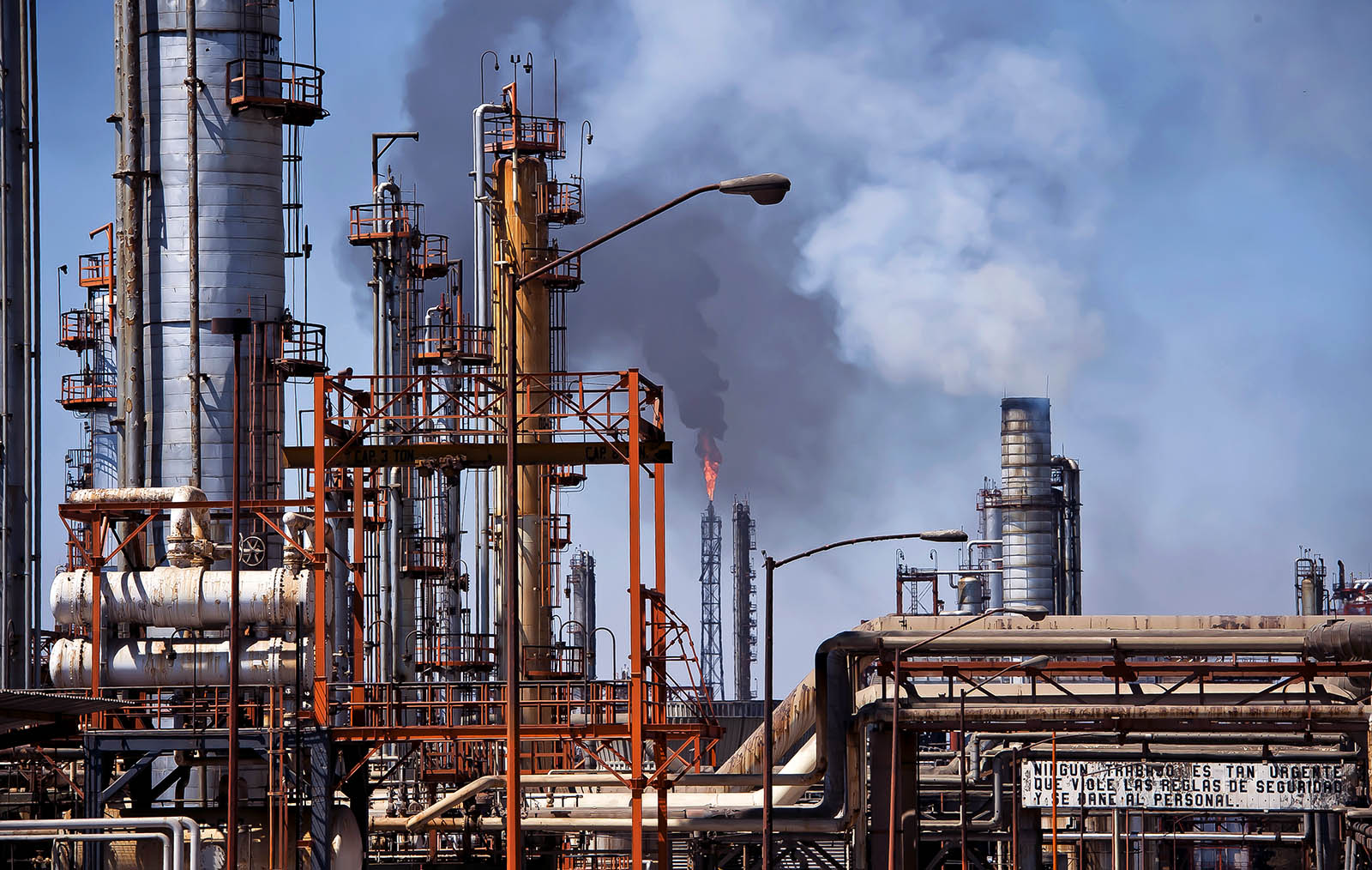 View of one of the plants where oil is processed at Mexican state-owned petroleum company in Tula, Mexico. Energy companies object to the new energy law, which changes the rules of the game after many foreign companies made large investments in renewable energy sources in Mexico.

As the world moves away from fossil fuels and toward renewable energy sources, the government of Mexico’s President Andrés Manuel López Obrador (AMLO) is taking a different path.

Driven by the romanticism of Mexico’s nationalization of the oil industry in the 1950’s and what he calls the need for Mexico to be energy self-sufficient, AMLO has made it his mission to unravel former President Enrique Peña Nieto’s 2013 historic energy reform. The reform liberalized the country’s energy sector to attract greater foreign investment and spur projects focused on renewable energy sources.

The coup de grace arrived in the form of a new electricity law that strikes at the heart of the 2013 energy reform.

The recently approved law unravels the reform’s so-called dispatch rules, which sought to spur price competition by providing dispatch priority to the lowest cost energy. This favored renewable energy such as solar and wind power over dirtier and more expensive fossil fuel-based energy. It was seen as win-win for everyone: Mexicans got cheaper, cleaner energy, and the country attracted foreign investment into renewable energy sources.

And indeed, it worked. Mexico began experiencing a boom in renewable energy investment since enactmenting energy reform. The clean energy auctions conducted between 2016 and 2018 yielded nearly $10 billion in new investments and added 8 GW in wind and solar capacity.

But those days are over.

The new electricity law summarily puts an end to the dispatch preference, and prioritizes energy generation controlled by the Federal Electricity Commission (CFE). The CFE energy portfolio is mainly composed of hydroelectric and fuel-oil generation, which are more expensive and dirtier sources of electric generation.

The increased costs and impact on the economy will be significant.

According to the Mexican Association of Wind Power, each megawatt-hour (MWh) generated under now-shunned long-term supply auctions costs 650 pesos versus 1,400 pesos ($31 versus $67) for each MWh generated via the CFE-controlled hydropower operations. The Association also predicts the law will freeze $11 million in new investments in renewable energy and cost 50,000 new jobs.

A Unique Chorus of Opposition

One thing AMLO may not have predicted is the mismatch of voices joining together to vociferously oppose the new electricity law. The energy industry, trade lawyers, businesspeople, legal experts, civil society groups and environmental groups have joined in opposition.

Energy companies and foreign investors object to the way the new law changes the rules of the game after many foreign companies made large investments in renewable energy sources in Mexico. The United States Chamber of Commerce called the law “deeply troubling” and asserted it “directly contravenes Mexico’s commitments under the U.S.-Mexico-Canada Agreement (USMCA).”

The chamber has called on the U.S. administration to act, and the issue was a topic of discussion in the recent virtual summit between both leaders.

The economic implications of Mexico’s energy war are profound and go beyond the energy sector.

The Canadian government also expressed its concern “that the recently passed law that amends the Electrical Industry Law will be damaging to Canadian investment in renewable energy.” Financial analysts have called the new electricity law an “indirect expropriation of assets.” They warn that, despite legal battles ahead, “the damage has been done” by creating a sense of political uncertainty in Mexico.

As part of its National Determined Contribution (NDC) to the United Nations Framework Convention on Climate Change (UNFCCC), Mexico had pledged to reduce its greenhouse gas emissions by at least 22% and 51% of its black carbon emissions by 2030.

But the World Wildlife Fund says that this new law would breach Mexico’s national and international climate change commitments, while the National Resources Defense Council says the law would result in “dirtier, more expensive energy that would threaten the health of Mexican citizens, harm our global climate, and hurt businesses and workers.”

Various companies have sued in Mexican courts to halt the law’s enactment and won a permanent suspension of its implementation. Wasting no time, AMLO attacked the presiding judge calling his motives into question and has signaled his government’s intention to seek a reversal of the lower court’s decision in the Mexican Supreme Court.

More ominously, he threatened to enact the law via a constitutional reform. The president is not backing down and is likely to use the law as a political weapon against his opposition, something AMLO has proven to be adept at doing.

The economic implications of Mexico’s energy war are profound and go beyond the energy sector. The law, regardless of whatever the courts decide, continues a worrisome pattern of shifting investment and commercial rules.

Mexico is also undergoing a dramatic expansion of the intrusion of its military in the country’s economic apparatus. Taken together, the harsh anti-private sector rhetoric coming out of the administration and the military’s newfound influence are reminiscent of the policies of populist caudillos that have marred Latin America’s political landscape for decades.

All this could not be happening at a worse time.

The COVID-19 pandemic has hit Mexico hard. Its economy shrunk by 8.5% in 2020, and while it’s expected to bounce back in 2021 with growth around 4%, investor confidence remains low and uncertainty reigns. A recent Bank of America survey found that investors view government decisions as the greatest risk factor to Mexico’s economy.

Despite the economic problems, AMLO’s popularity remains high, with weak political opposition and no new notable faces. This year’s gubernatorial and federal legislative elections that will take place in June appear to favor MORENA, his political party. If polls are correct, AMLO will be strengthened assuring that his economic policies, tinted of populism and nationalism, will continue.