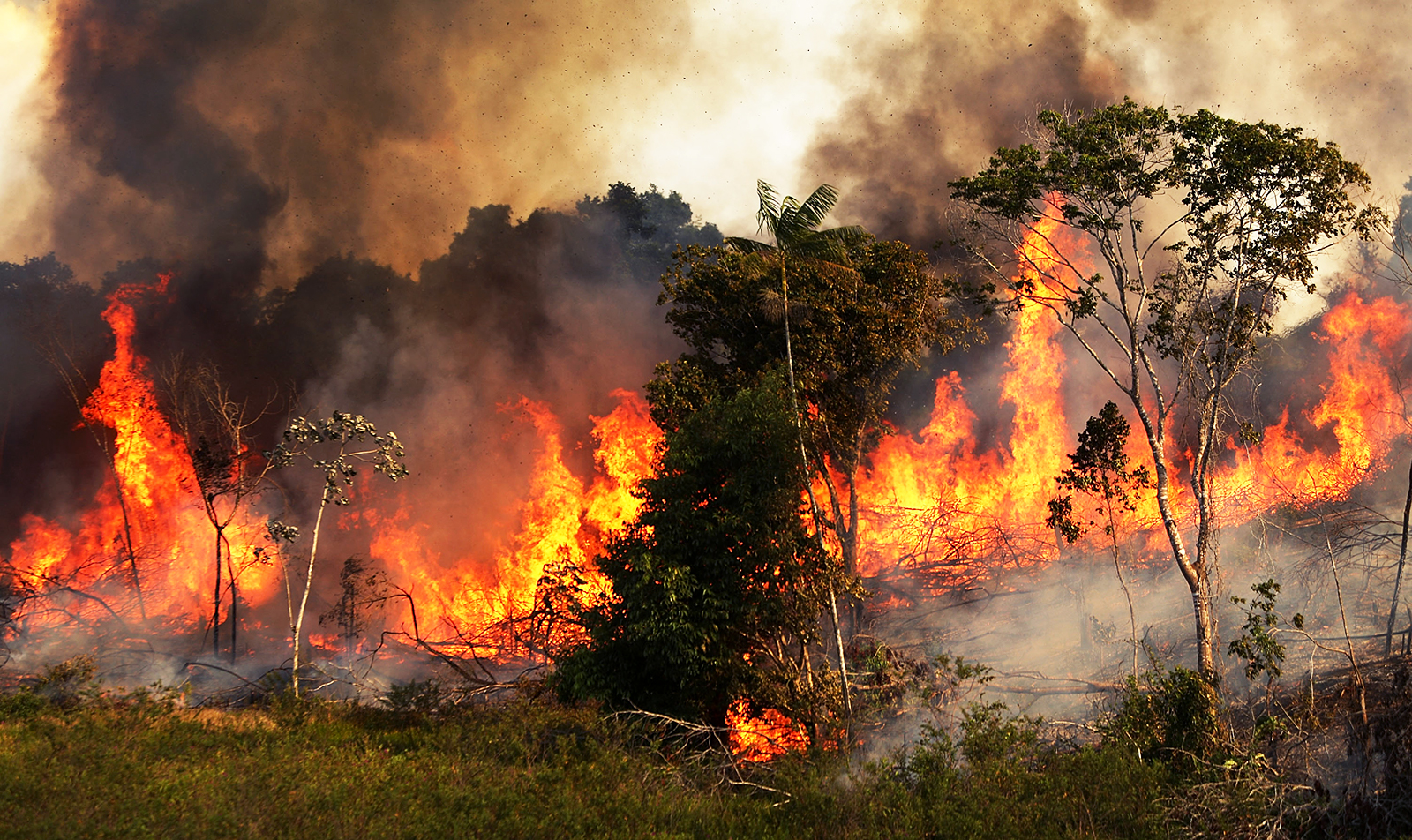 A fire burns trees next to grazing land in the Amazon basin in Ze Doca, Brazil. President Bolsonaro’s policies to open up the rainforest to economic production are so extreme that a group of 40 companies recently threatened to stop purchasing the country’s agricultural products if the Amazon remained unprotected.

The recent Intergovernmental Panel on Climate Change report certainly caught the world’s attention and was especially concerning for the Latin American region where the effects of climate change are now being felt far and wide.

The report found that temperatures in the region, as well as the sea levels along Latin America’s coastlines, are rising faster than the global average. The result will be “increased coastal flooding in low-lying areas and shoreline retreat along the most sandy coasts.” Specifically to North and Central America, the report found that “[t]hese shifts in North and Central American climate become more prominent with increasing greenhouse gas emissions and higher global warming levels.”

Even before this new report, the impact of climate change in the region was already being felt.  A 2018 World Bank report found that, in a worst-case climate scenario, “up to a high of 17.1 million by 2050” of individuals in the region could be forced to migrate because of environmental changes caused by climate change, such as water scarcity, lost crops and rising sea levels.

Despite these worrisome developments, policies to address climate change continue to take a backseat in capitals across the region.

Pretty rhetoric is rarely matched by actions in most countries. Even before COVID-19, Latin American governments understandably focused their attention on addressing economic growth and social inequalities in their countries. Now, the pandemic has made these an even bigger priority.

The region has been disproportionately impacted by the pandemic. It accounts for 32% of global COVID-19 deaths and a regional economic contraction of over 7% — far higher than the global average. Combined with declining government coffers and increasing social spending to address the pandemic’s economic impacts, climate change mitigation policies will be pushed even further onto the backburner.

Real leadership on climate change in Latin America is scarce.

A few countries, such as Colombia and Chile, have committed to significant emissions reduction targets. Colombia’s government, for example, pledged a “51% emissions reduction by 2030 and a target of carbon neutrality by 2050.” The country said that it aims to have “14% clean electricity by August 2022;” not a trivial effort.

Chile has also been forward looking. President Sebastian Piñera pledged to decarbonize its energy matrix by 2040 and achieve carbon neutrality by 2050. As evidence, in July, Chile announced with AES, a U.S. multinational energy company, the acceleration closure of a coal plant — the largest one in the country. Santiago was also quick to adopt a Nationally Determined Contribution (NDC) under the Paris Climate Change agreement and aims to electrify its public transport by 2040.

Bringing Latin America to the forefront of climate mitigation policies is likely to require much pressure from the international community.

Mexico and Brazil: The Climate Laggards

Perhaps the countries that have done the least are the hemisphere’s two largest countries. Mexico and Brazil have recently weakened their commitment to address climate change.

Under former President Felipe Calderon, Mexico adopted an aggressive stance to battle climate change. His government signed into law binding targets on climate change, which he touted as the “first developing country with integral legislation against climate change.”

His successor, Enrique Peña Nieto, passed an energy reform law that provided incentives for investment in renewable energy, resulting in increased clean energy investments. However, all that changed with the arrival of President Andres Manuel Lopez Obrador, who has adopted a far friendlier stance toward fossil fuels. He went as far as pushing a new Electricity Law that increased the use of fossil fuel-driven energy generated by the state-controlled electricity company, CFE.

Similarly Brazilian President Jair Bolsonaro has been referred to as “most dangerous climate denier in the world.” He threatened to withdraw from the Paris Climate Agreement though ultimately did not do so.

Perhaps his greatest anti-climate legacy has been the destruction of vast areas of the Amazon rainforest. Bolsonaro’s policies to open up the rainforest to economic production are so extreme that a group of 40 companies recently threatened to stop purchasing the country’s agricultural products if the Amazon continued unprotected.

“We would like to reiterate that we consider the Amazon as a vital part of the Earth system that’s essential to the security of our planet, as well as being a critical part of a prosperous future for Brazilians and all of society,” the companies wrote.

But Bolsonaro has recently sung a different tune, no doubt spurred by the U.S. administration’s unequivocal stance that Brazil’s environmental policies would be at the center of bilateral relations.

Bolsonaro attended an Earth Day Summit, organized by U.S. President Biden in April, to announce that Brazil will reach emissions neutrality by 2050 and to increase funding on environmental protection. He also made an offer to the United States: “Provide $1 billion and President Jair Bolsonaro’s administration will reduce deforestation by 40%.” Most experts consider Bolsonaro’s environmental conversion as a political play to assuage U.S. concerns.

Much More Needs to Be Done

The reality is that climate change is an afterthought in most of Latin America.

International institutions also need to step up — especially multilateral banks, such as the World Bank and the Inter-American Development Bank, who need to accelerate environmental conditionality to lending to the region.

A broader educational effort also needs to take place. Latin American leaders mostly still see environmental protection as a zero-sum game. It’s either a matter of economic growth or protecting the environment. In that binary choice, the pocketbook always wins.

Til Schuermann Partner and Co-Head of Oliver Wyman’s Risk & Public Policy Practice
URL: https://www.brinknews.com/will-latin-america-listen-to-the-climate-change-warnings/
Get ahead in a rapidly changing world. Sign up for our daily newsletter. Subscribe
​​