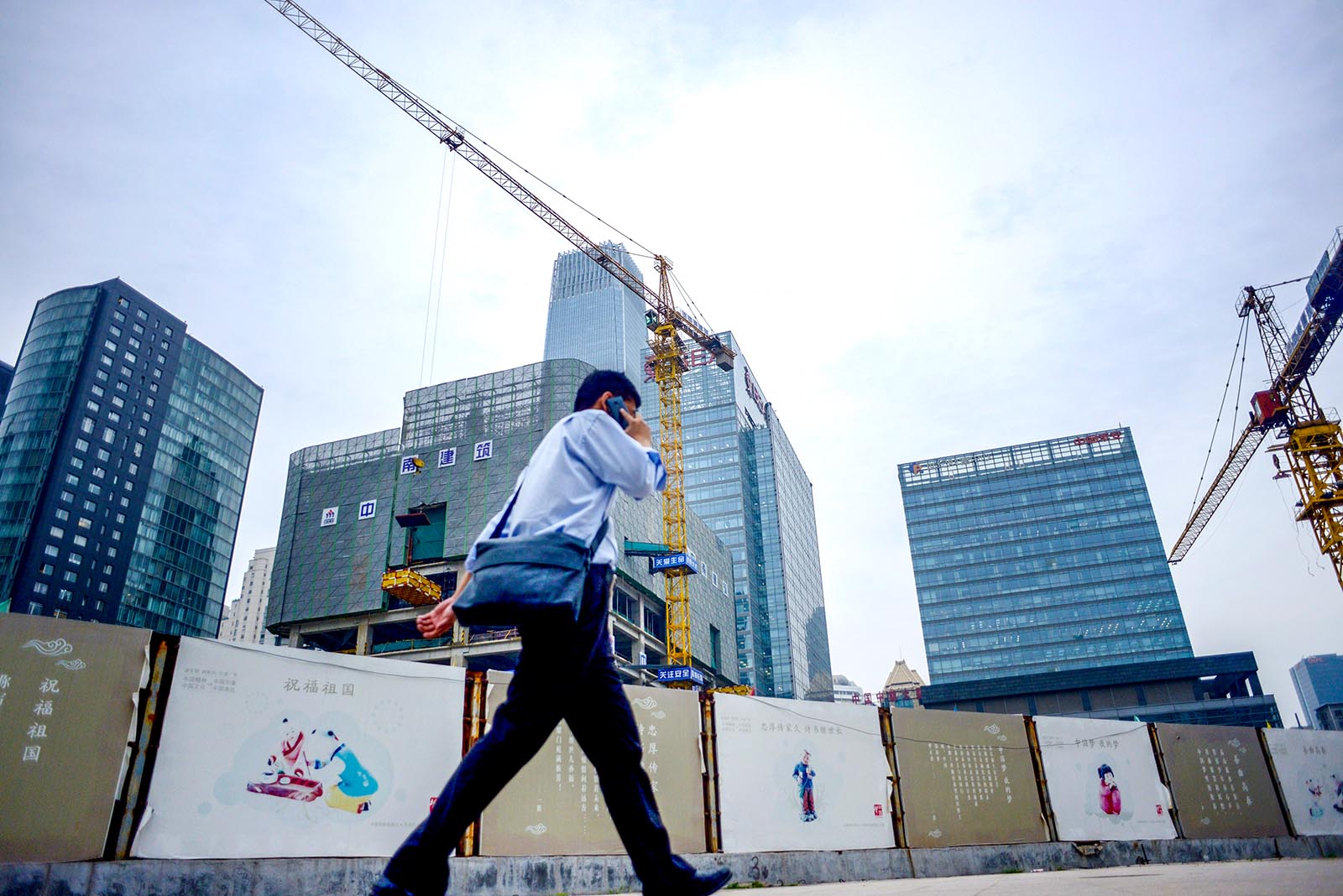 A man uses a mobile phone while walking past a construction site in Beijing, China.

In the final week of the year, we will be looking back at some of the most interesting themes and ideas that appeared on BRINK during 2018. To start the series, Tom Carver, executive editor of BRINK, assesses the year in general.

For BRINK, 2018 was a year of trade spats, worries about China and the climate, excitement about new technologies and the potential of cities—and fear of fungal threats. Early in the year, a sense of gloom pervaded many of our authors’ views on trade (see Is the World Trade Organization Dying?, or How Trade Wars Imperil the Global Economy). By the year’s end, despite the resilience of global supply chains, the threat of an all-out trade war seemed just as high.

China is central to any discussion on trade, and it was never far from BRINK’s front pages. We ran a piece in the first week of the year about the state of China’s financial sector and continued to track the superpower’s growing muscle in the global economy during the course of the year. We covered China’s relationship with Latin America, Africa, coal, the auto industry, tax reform, energy markets, tariffs and intellectual property. The sheer variety of pieces reflect just how complex China’s interaction with the world has become.

Technology was another theme that ran through BRINK during 2018, reflecting its increasing presence in our business and private lives. In fact, out of our five main categories—the economy, society, environment, technology and geopolitics—technology was the one we returned to most often, running over 70 tech pieces during the course of the year. Overall, there was a pretty even balance between excitement about the possibilities that new technology has to offer and skepticism and concern about its limitations. In March, we devoted an entire week to blockchain and its potential uses.

In early February, we published a piece called Bitcoin Is Not a Systemic Risk—Yet. The thrust of the piece was that bitcoin was not yet large enough to disrupt the traditional currency markets. By the end of the year, any concern around that seemed to have receded even further, as the market cap of cryptocurrencies and the price of bitcoin continued to fall.

One of the innovations we introduced into BRINK this year was the guest editor series. Our first one, headed by Jason Clay, the executive director of the Markets Institute at the World Wildlife Fund, ran in September. With pieces from the head of Walmart’s Gigaton Project and the McDonald’s director of sustainability, the series got a lot of traction during the Global Climate Action Summit in San Francisco that month.

In November, we ran a second guest-edited series on infrastructure, directed by Jon Phillips of the Global Investor Infrastructure Association, timed to coincide with that month’s G-20 summit and its focus on public-private financing of infrastructure.

In 2018, BRINK was more responsive to world events. We ran a series explaining different aspects of the General Data Protection Regulation, or GDPR, as it is more commonly known, to mark its launch in May. We ran articles on the new NAFTA deal, the hurricanes that battered the U.S., the China-Africa Summit, and the IPCC report on climate change—among other stories. Elections also featured regularly, including the Italian election in March and the Brazilian election in October.

Another of our innovations in 2018 was to increase our focus on the workplace, often in the Friday pieces. Issues such as sexual harassment, talent retention, and social media risk were all discussed. We also dedicated a whole week to the workplace of the future.

Cities and how they factor into our lives was another question we repeatedly turned to this year. We ran pieces on the need for cities to develop vertical food supplies, Mercer’s Most Livable Cities Index, and a weeklong series on the future of cities in July.

The Most Read Articles

It is always interesting to see which articles are the most widely read. Here are the top five pieces for 2018, in alphabetical order. Can you guess which one was number one?

Click on your choice to see the correct answer:

You’ve got it right! Read that article here

We’re sorry that was incorrect. The top BRINK article was How to Avoid Burnout at Work—3 Simple Steps.

The award for the most unusual article of the year goes to the piece that we ran on October 2, by a UK professor, entitled A Toxic Fungal Threat Is Encroaching on Global Food Supply Chains. It describes how climate change is causing the spread of a fungus called mycotoxin that is threatening some common foods.

The BRINK team published every business day of 2018, pausing only for Christmas and New Year’s day. In all, we had 222 different authors, many of them writing for us more than once, with just over one-third of our authors coming from outside the U.S. The percentage of female authors on BRINK increased from 1 in 5 in 2017 to 1 in 4. Next year, our goal is to get to 1 in 3 female contributors or higher.

During the course of the year, our readership grew by 22 percent, and our newsletter subscription rose by 15 percent. Thanks to you, the reader, BRINK is thriving—and increasingly establishing itself as a valuable source of news for the global business community.

Tomorrow, we break for Christmas. The remaining days of the week, we will look back at how we covered technology, cities, and the workplace.